In 1993, scientists at the Fraunhofer Institute built the world’s first virtual shrink ray.  Their first testing subject was a .WAV file of “Tom’s Diner,” “a pop song about a little-known New York restaurant. Through the magic of compression, a retro 80’s beat and catchy lyrics compacted to 1/11th their original size – but the sound quality remained.  Big enough to fill a room, yet small enough to fit on a floppy disc. Fraunhofer celebrated: their shrink ray was now a portal to the future. “Tom’s Diner”, (which later because “the restaurant” in TV’s Seinfeld) became the world’s first ever MP3 file. And so, Internet music was born.

Music has played an outsized role in the history of the Internet. From Napster to Limewire, iTunes to Spotify, trillions of notes have found ears thanks to the World Wide Web. Peer-to-peer MP3 sharing drove the music revolution to new heights and to new audiences. The democratic nature of file sharing communities meant a big break for indie artists: using communities like SoundClick (1997) and MySpace (2003), they could circumvent traditional record labels and publish music themselves, regardless of genre. From Justin Bieber to Soulja Boy, a new generation of artists would harness this new technology to spread their creative vision worldwide. However, it wasn’t until the early 2010’s – nearly 20 years after Fraunhofer’s shrink ray – that the Internet would truly begin to create for itself.

Around the dawn of this decade, the musical genre known as Vaporwave was born. Vaporwave was the first music genre created entirely online – unlike Soulja Boy or other “internet rappers” who simply brought pre-Internet concepts to the web, Vaporwave artists both formulated and produced their ideas in a wholly digital space. Named after the concept of “vaporware” (dotcom era software that was announced, marketed, then mysteriously canceled before released), this brand new genre was mysteriously familiar. Hallmarks of this new sound included 8-bit video game sound effects, remixes of 80’s pop songs, and allusions to 90’s Japanese internet culture.

This reliance on the Internet for all parts of the music creation process fostered a deep sense of nostalgia for the optimism that defined the early years of the web. In practice, Vaporwave was both melancholy and celebratory – a “Greatest Hits” album of the irrecoverable past. Songs were titled after retro game consoles. Artists took names like Macintosh Plus and Saint Pepsi. Album covers featured both marble statues and Arizona Iced Tea. Everything from elevator music to Windows 95 start-up tones were fair game for sampling. Even cassette tapes (a victim of the very innovations that made vaporwave possible) were included, as both art object and ironically, recording device. 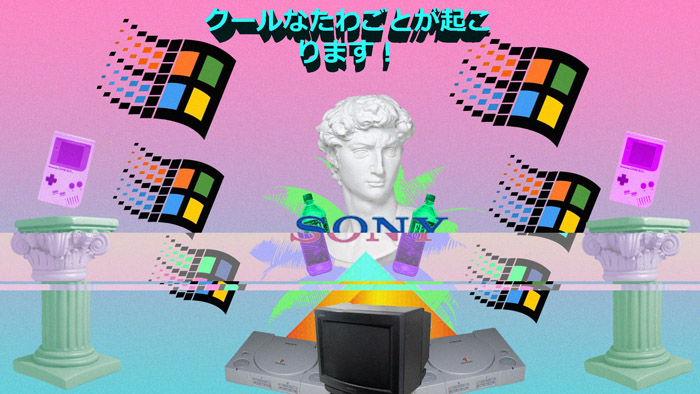 To a nostalgia-focused generation raised in a time of shrink rays and globalization, Vaporwave was the best of the old distilled into something wholly new. The result? A millions-strong following spread across every social network imaginable. For the Internet, by the Internet. Best of all, it looked cool.

While the idea of Vaporwave will always remain rooted in music, the visual aesthetic that the music portrays would grow to overpower even the loudest speakers. Thanks to the spread of image-driven social networks like Tumblr, a Vaporwave album cover could now reach exponentially more people than even the hottest MP3 torrent. The Internet’s first music genre had gone from curiosity to front page news. Even established artists like Yung Lean and the Sadboys took influence from the rise of vaporwave: the music video for “Hurt” (2013) is every inch vaporwave, in sound, look, and attitude. Twenty years after Fraunhofer, the YouTube video currently has more than 8 million views.

It was a recipe for success: cool graphics with an emotional appeal, coming of age with the dawn of visual social media. The same deeply appealing ideas that made the music so popular were present in the visuals – but suddenly, those ideas had a stage. And given the music’s audience (young, Internet-saavy creatives), everything from fan art to custom clothing came right behind. Suddenly, vaporwave wasn’t just a genre – it was an all-encompassing stylistic expression. 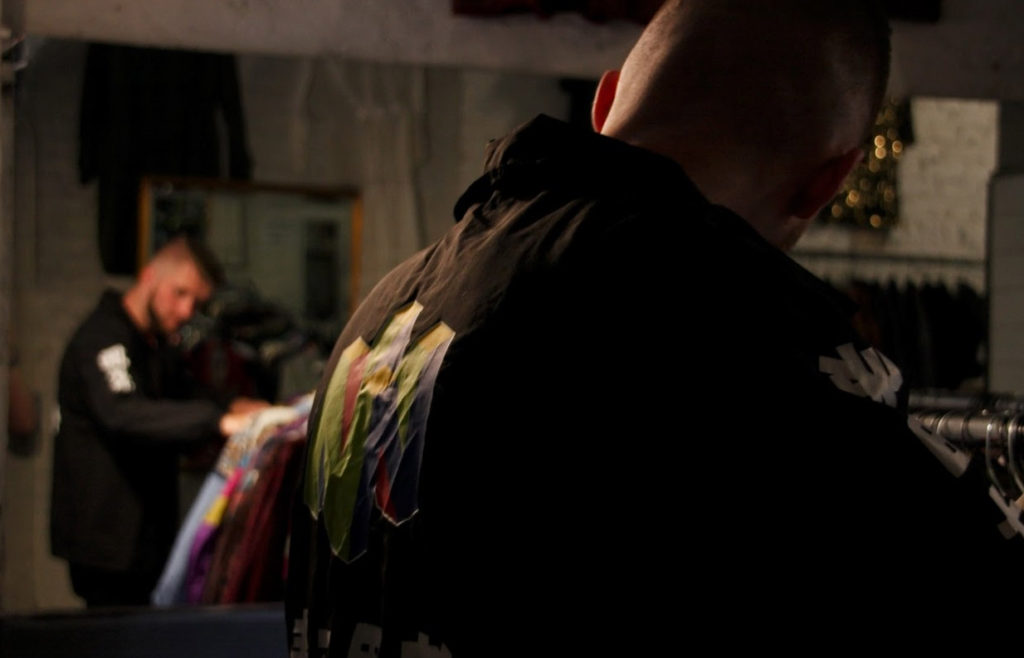 Fashion was the first major field outside of the visual arts to embrace Vaporwave. Japanese lettering, pale hues, and nostalgia-driven graphics are now fashion staples thanks to the power of digitally-driven creativity. While Vaporwave music grabs 10s of millions of YouTube views, vaporwave fashion hits the front page of streetwear forums. 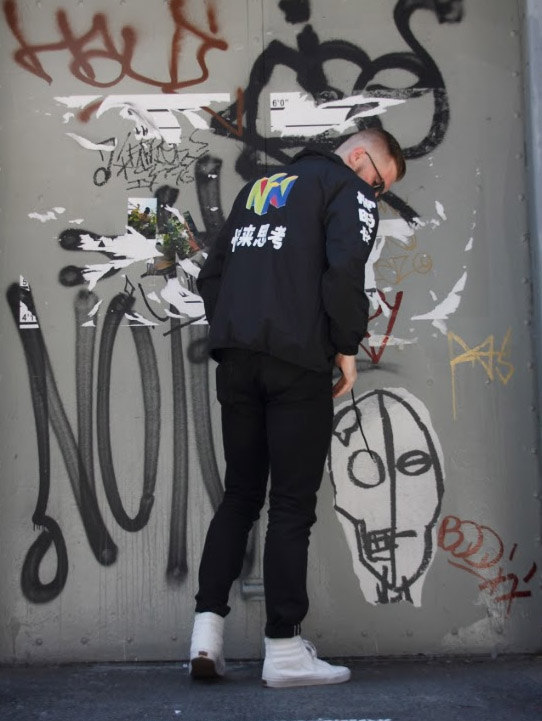 Even the recent popularization of “aesthetic” (#aesthetic, A E S T H E T I C, etc) can in many ways be traced back to vaporwave, specifically the popularity of the song “リサフランク420 / 現代のコンピュー” by Floral Shoppe.

In the present, vaporwave is known for both its aesthetic and musical expressions. However, because of its growth, the ultimate legacy of vaporwave music may indeed be the graphics that it spawned. Today, everything from subreddits to clothing lines exist to celebrate the same nostalgia-driven ideas first represented by the Internet’s first music genre. Need further proof? Typing “vaporwave” into Google autocompletes with “vaporwave aesthetic” and “vaporwave music”… in that order. 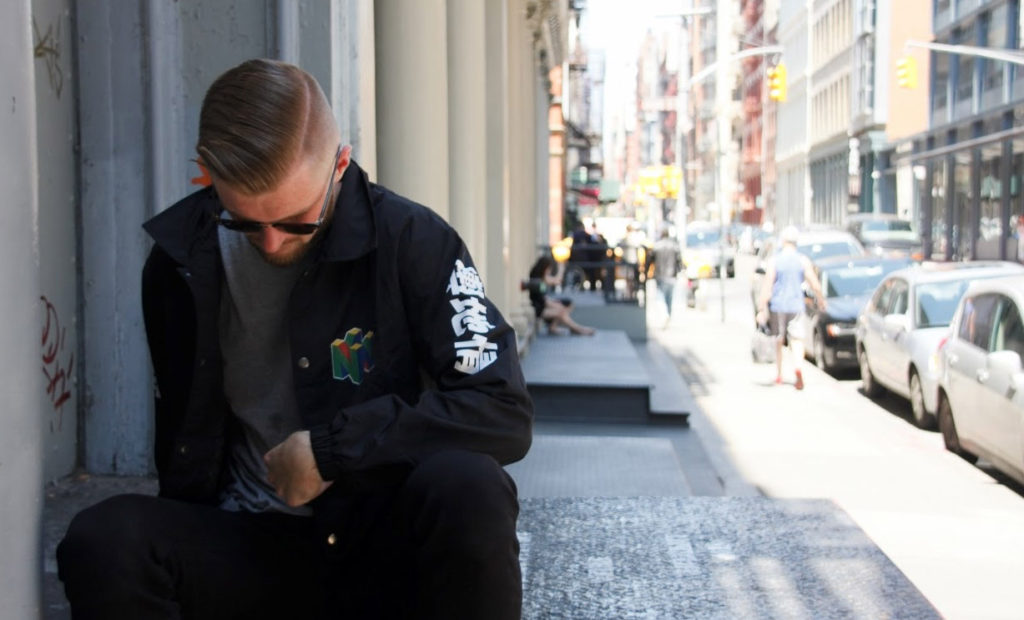 While its current expression may celebrate the past, the history of internet music is ultimately the story of progress. Just think: it took a little under 20 years to go from CD to an Internet-only music genre that memorializes the very world that it ended. In that time, a song about the diner from “Seinfeld” went on to inspire a stylistic movement that would influence the destinies of both music and fashion alike. One can only imagine what the future holds.

For more thoughts from Alex check out his site