Few snapback lines made as great an impression on licensed sports caps as the American Needle Blockhead series.

Drew Pearson was one of the first companies to pump out their own version of the Blockhead hat; a refreshing change for a company known for its busy and vibrant snapbacks. 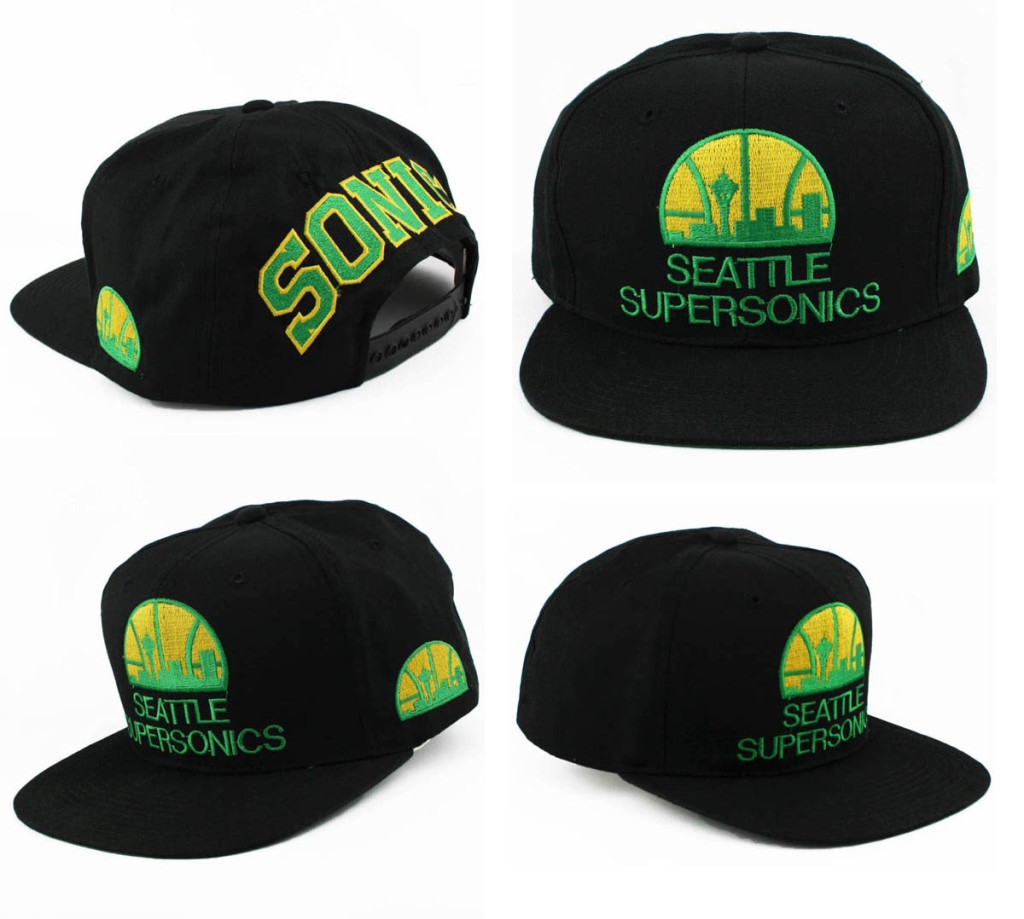 Lots of smaller companies also started making hats with block lettering on the back too. The blockhead style became a staple for NCAA hat manufacturers. 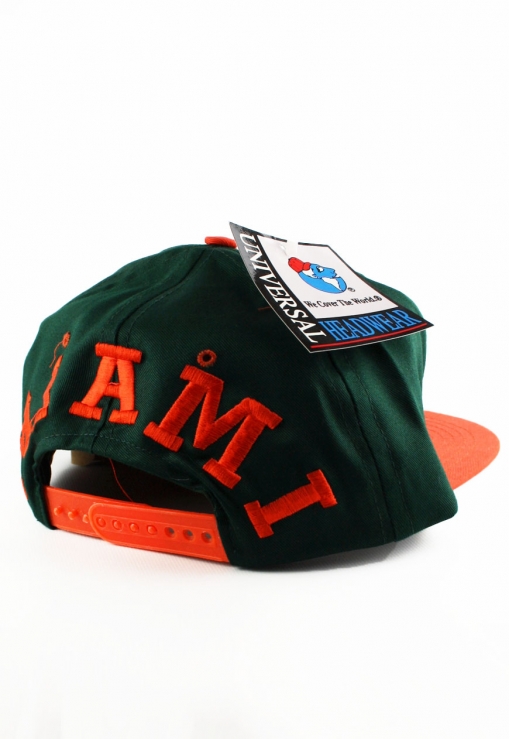 European hat licensee Campri Team Sports also adopted the style with their own team logo snapbacks.  These hats are super clean but not as colorful as the American Needle snapbacks, and lack the side logo.  This lot just came in – check the store to purchase 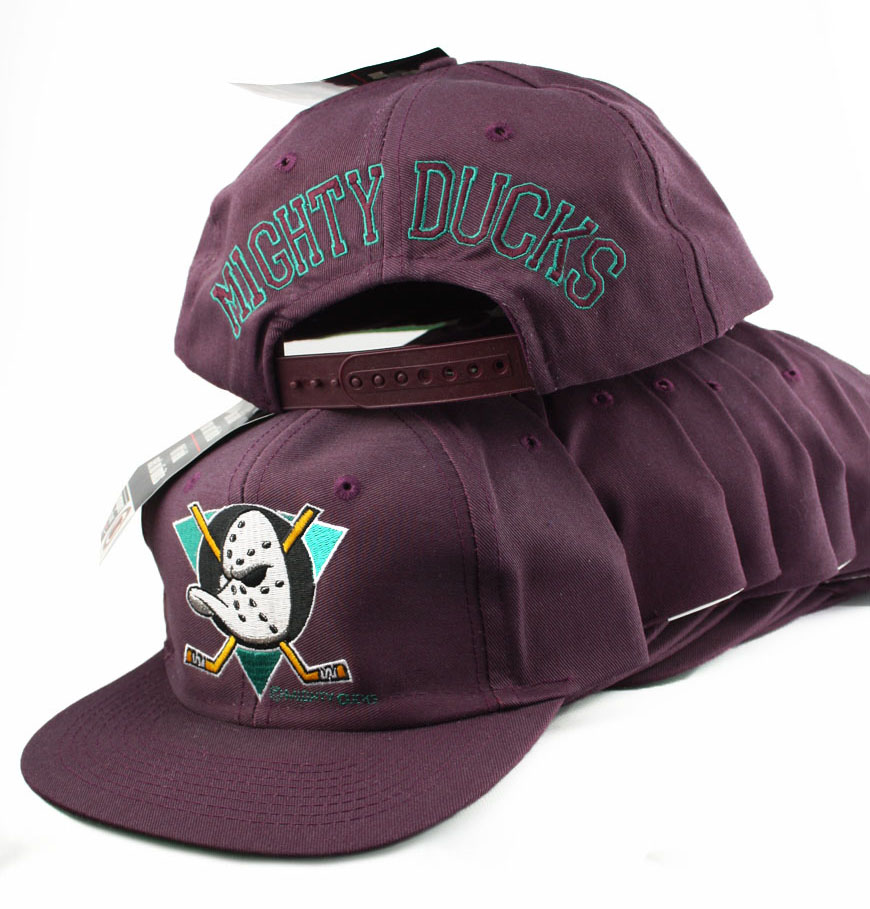 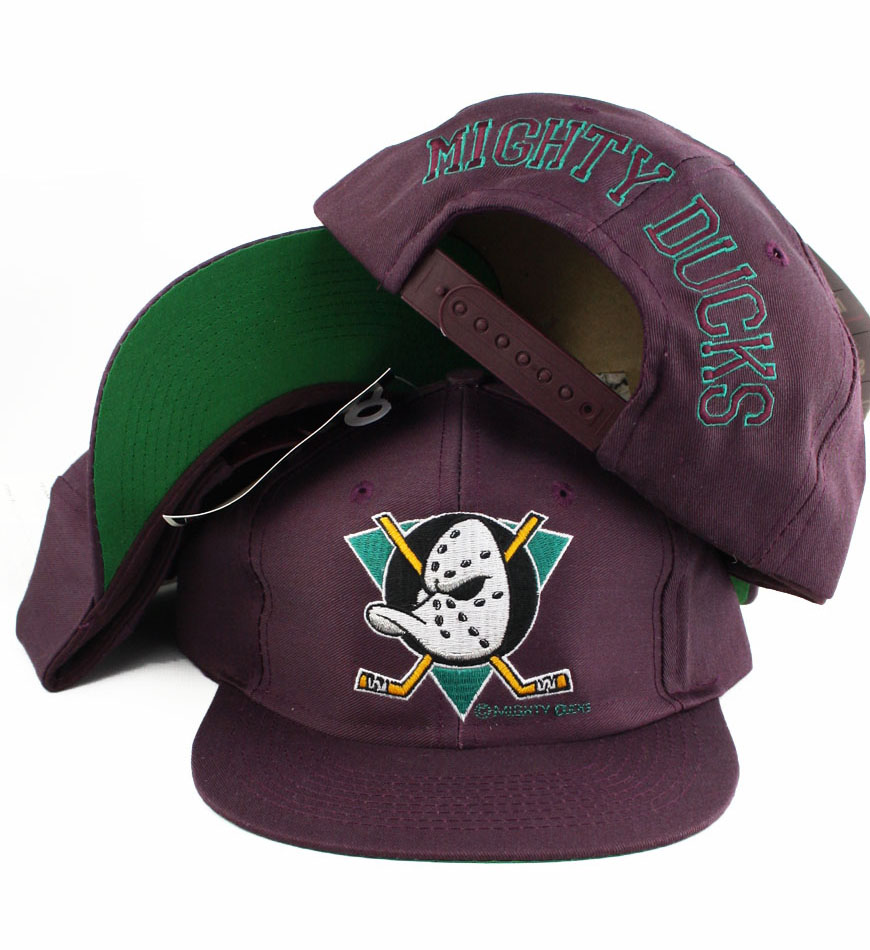 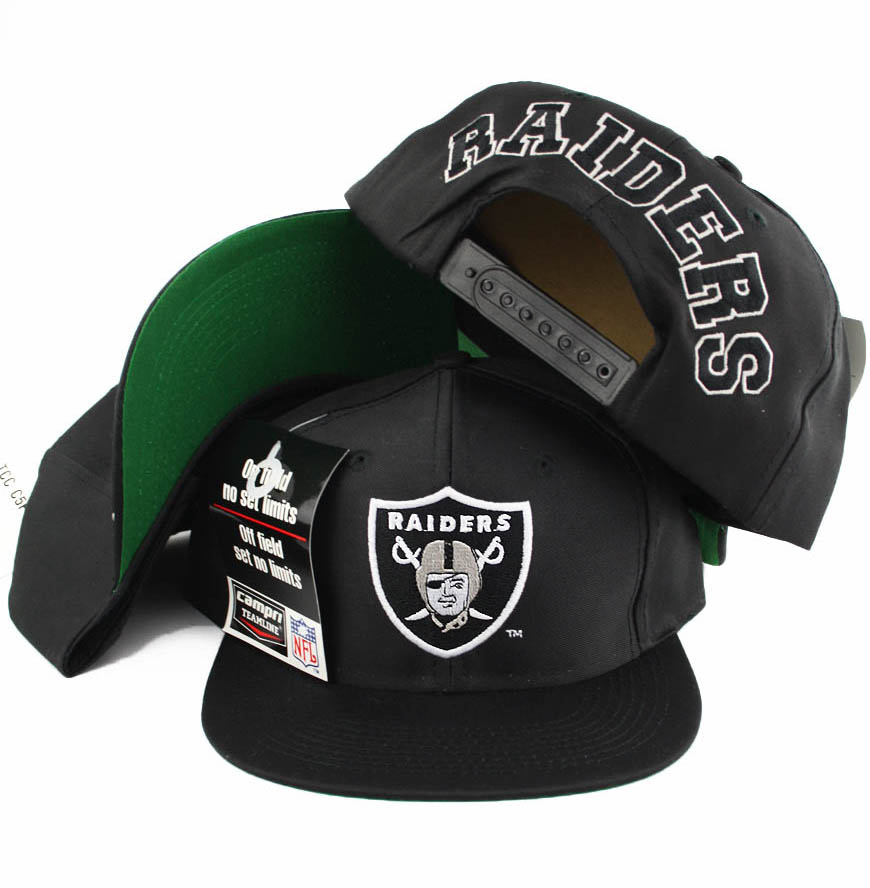 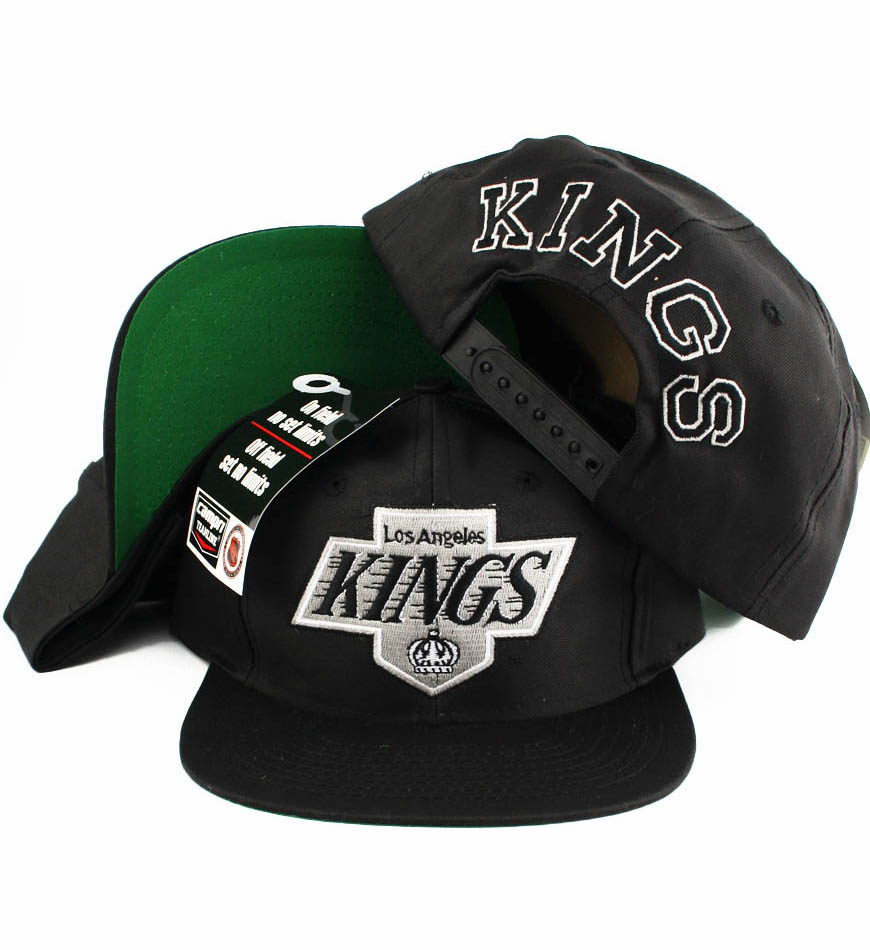 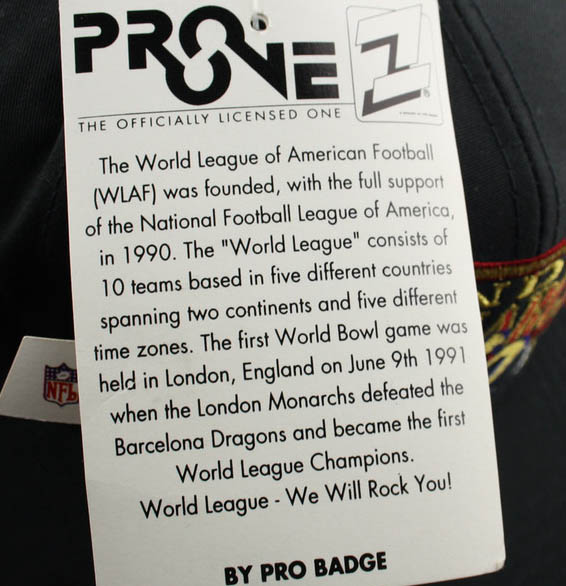 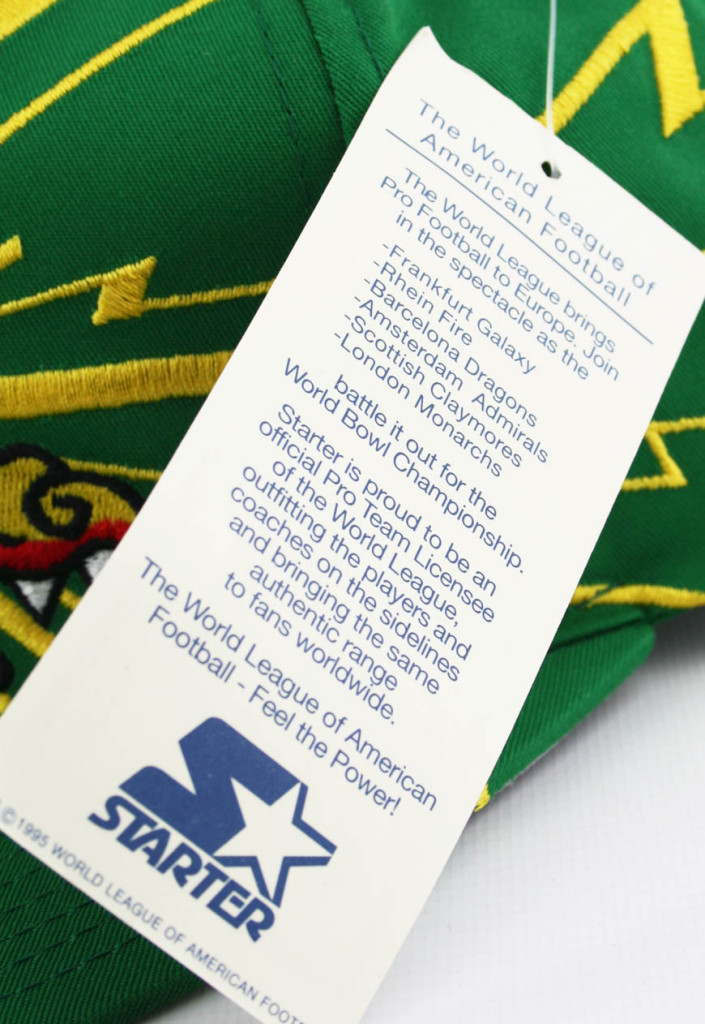 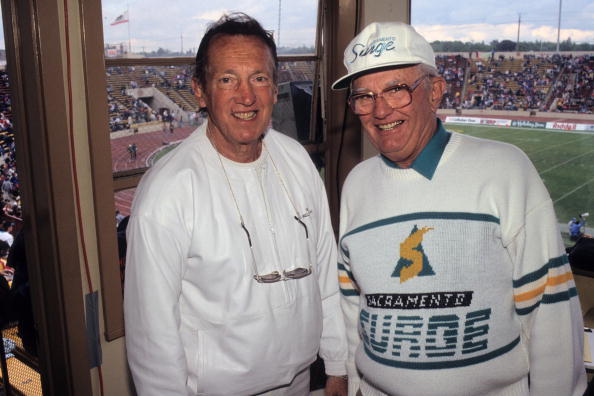 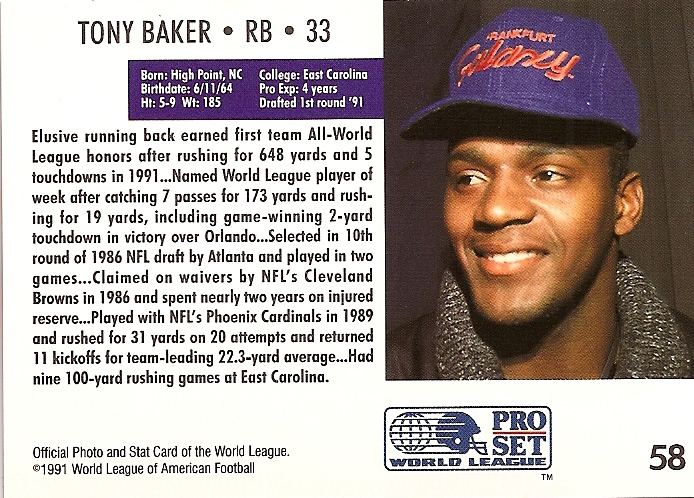 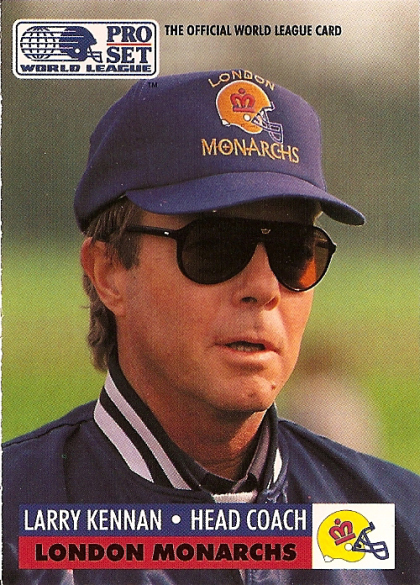 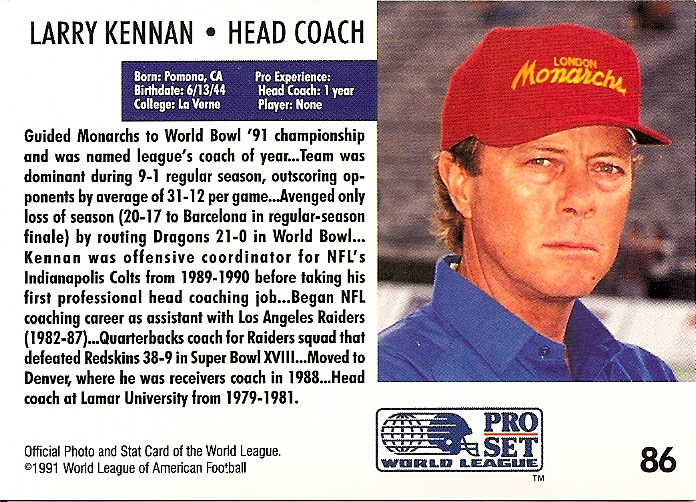 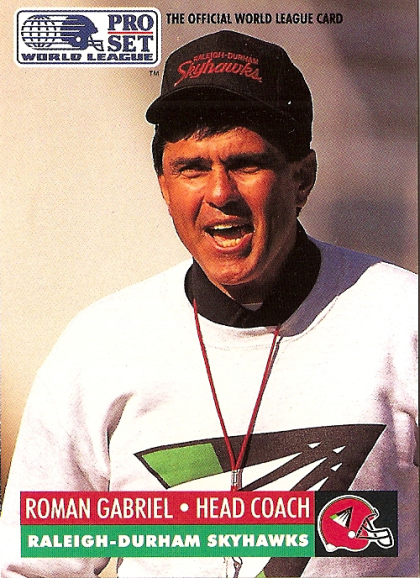 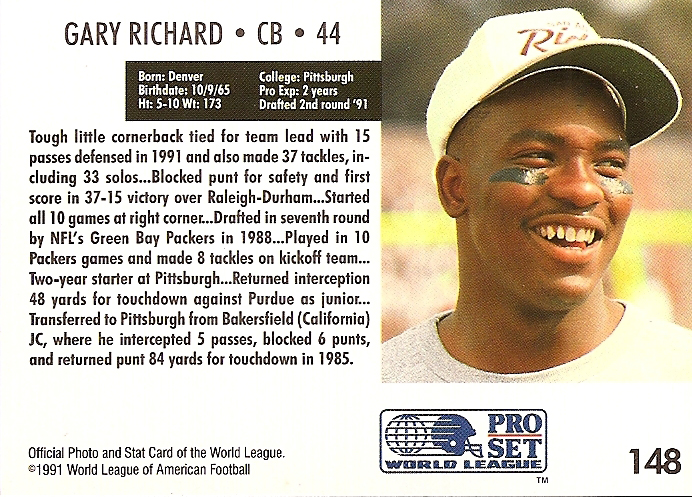 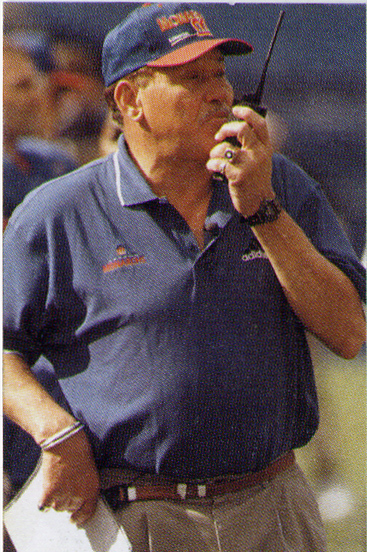 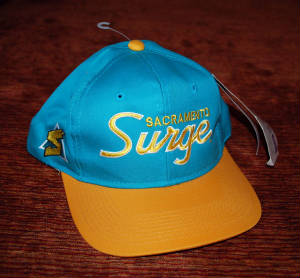 Now defunct AJD Cap Co made some of the coolest snapbacks in in the 80s and 90s. These nostalgic hats with bold italics and contrast shadow are amongst our favorite snapbacks ever. 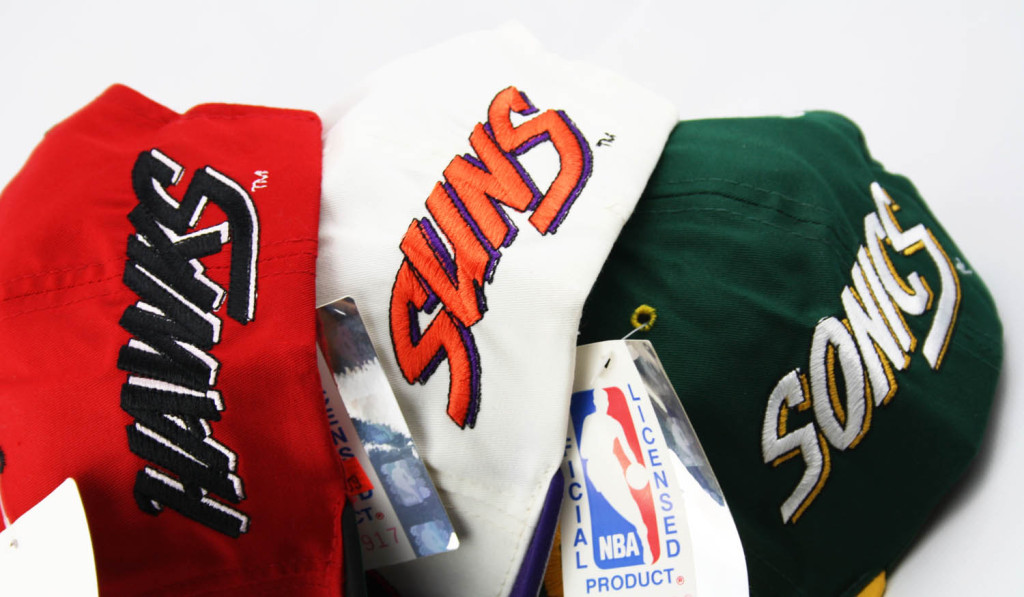 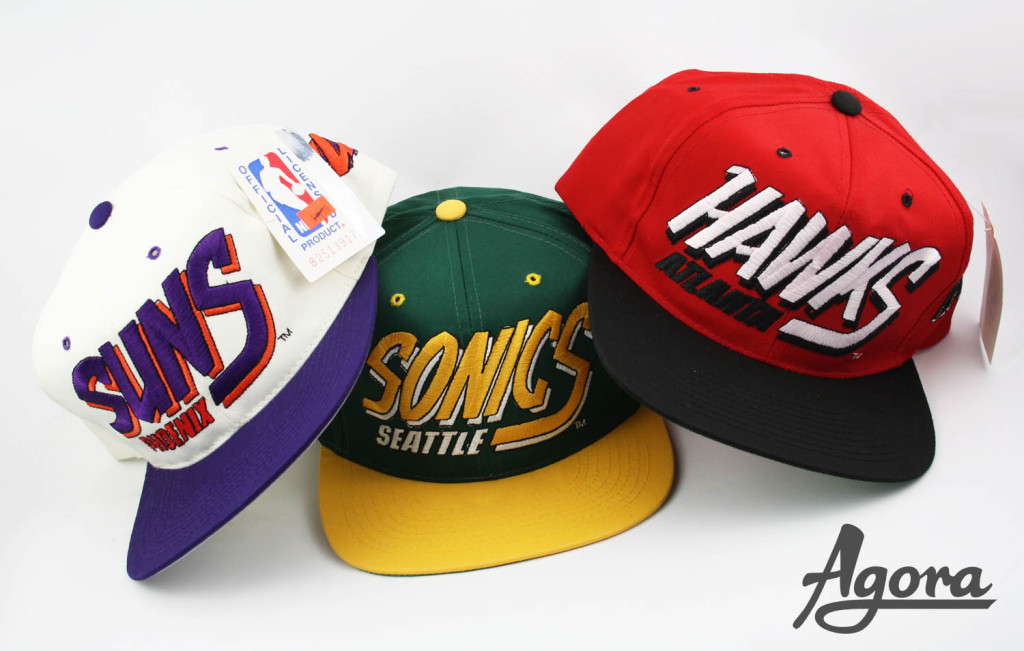 Here’s the history behind the cap… AJD never made on field caps (apart from for the Orioles for 2 years) and as a relatively small 70s startup they initially lacked the financial clout to throw money at pro athlete endorsement deals. So the company had to work extra hard on creating the freshest snapbacks to compete in a crowded market with big players like Sports Specialties, Starter and New Era.

In the 80s, when fashion dictated that the brightest and craziest designs would prevail, AJD were making some of its most original prints in the market. In 1991-92 they brought out their iconic “Zubaz” line of caps and pants, which blew up. The line featured animal prints in team colors which was totally unique at the time. 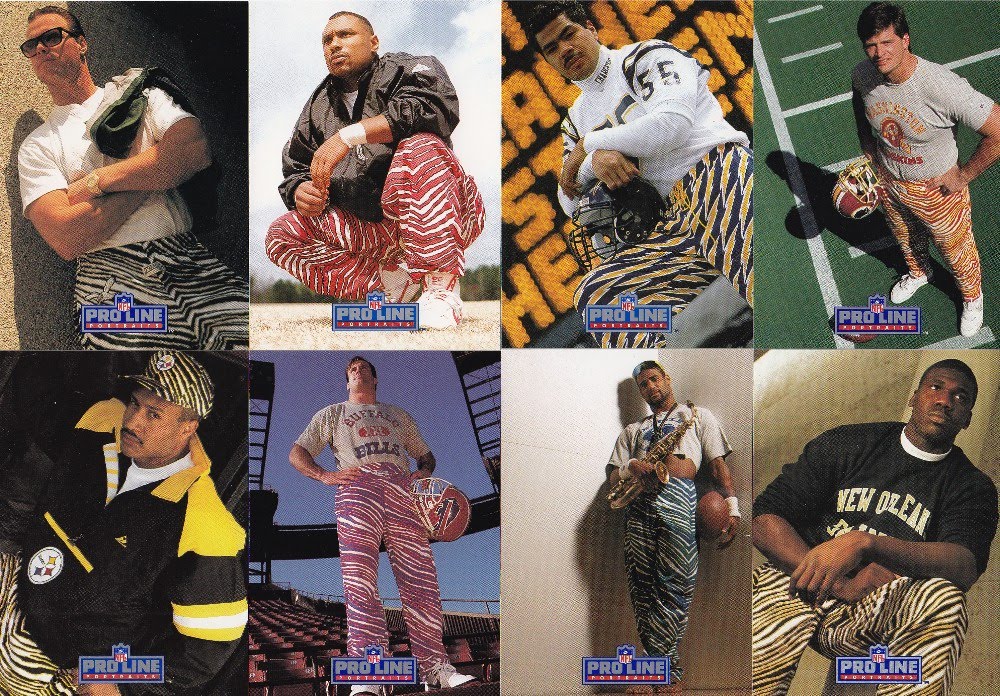 But the Zubaz line died a painful death in the mid 90s as fashion turned towards a more conservative style.  Zubaz, however, was not forgotten. Last year Adidas borrowed AJD’s prints to launch their 2013 NCAA ZUBAZ uniforms 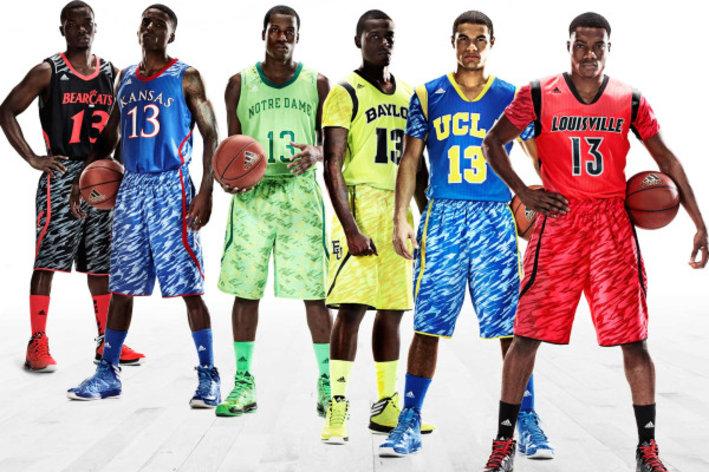 New Era have also made their own ZUBAZ brand snapbacks and fitted hats. Of course, they aren’t a patch on the originals.

As Zubaz sales died in the 90s, AJD buried the line in place of more accessible styles like the diamond line 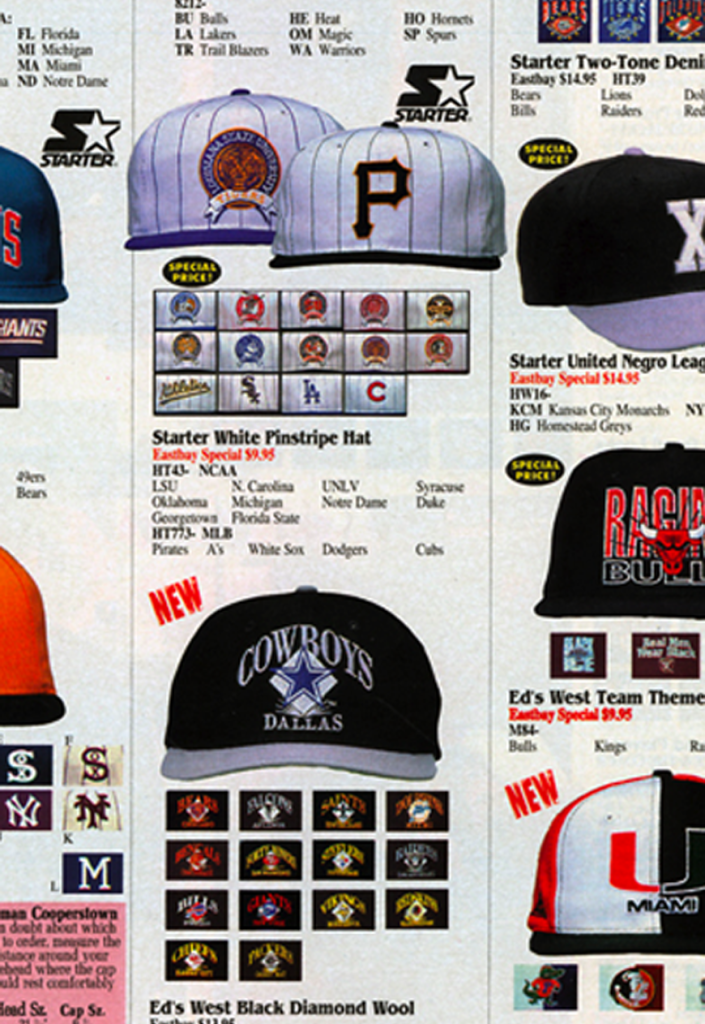 In 1995 Greg Christensen, the then director of sales at AJD, explained  “Consumers want caps with an understated look. The days of block lettering and all-out graphics are no longer here.” Likewise, Sports Specialities marketing manager, Tim Mitchell, remarked at the same time: “Licensing, as we know it, has returned to the core fan. And not only do they want a cleaner looking cap, but they are looking for caps that will stand-up to wear-and-tear”

So our AJD line is born! 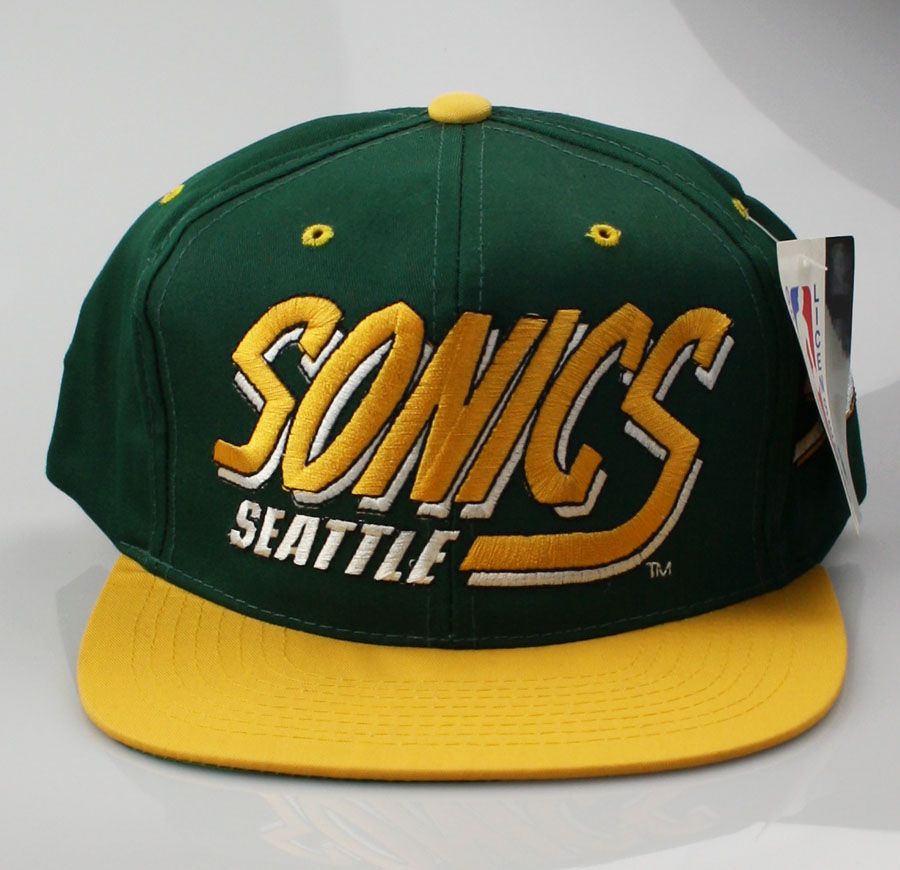 The line like Zubaz, left its mark too.  This bootleg Vikings snapback is a bootleg hat that was made in 2010, when vintage snapback hats just became popular.  This was the first style that got copied. 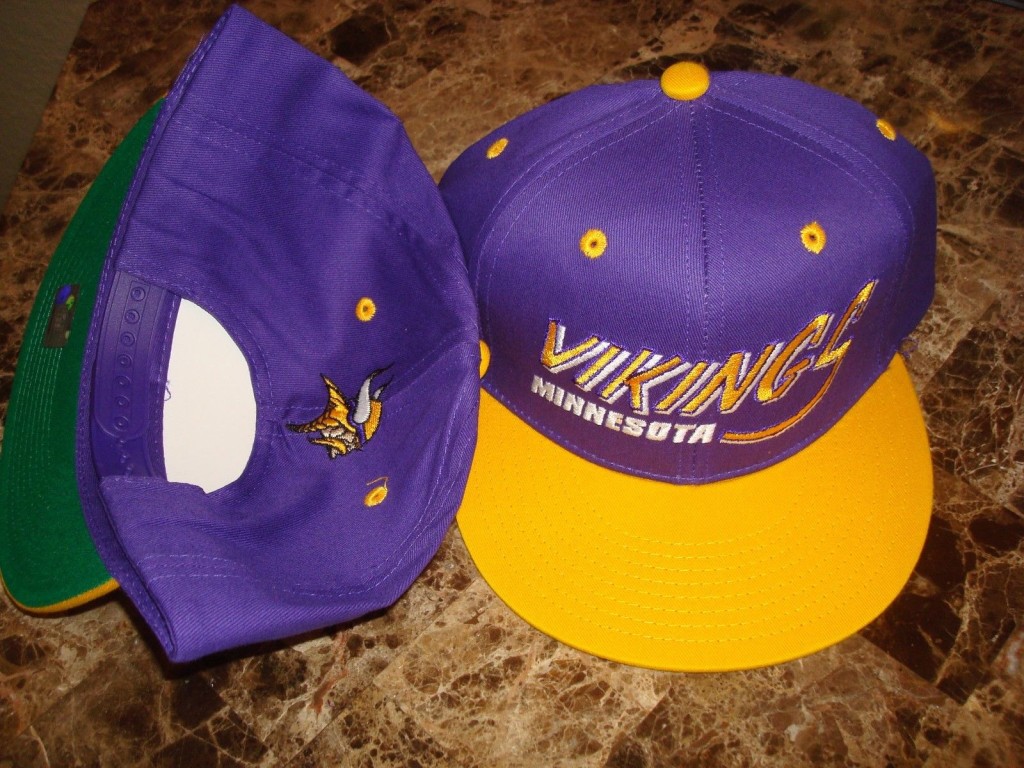 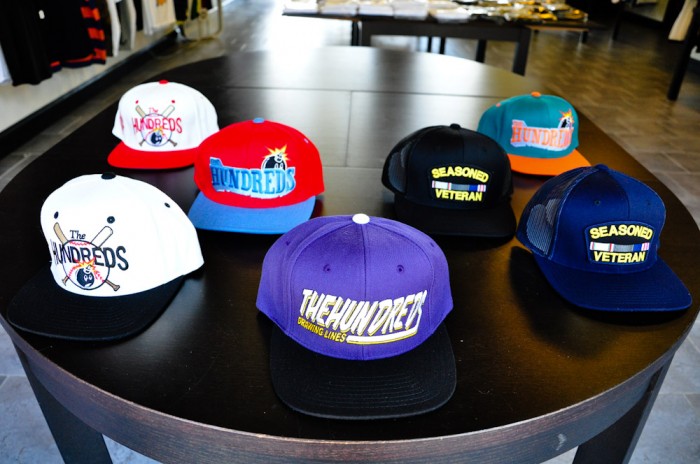 Snakeskin hats have become almost the norm today. From upscale brands to cheap China throwaways, it seems every baseball cap has some form of imitation snake on the brim.

Because of this saturation, It’s difficult to remember a time when snapback hats all had regular cotton or wool brims. But really, the trend isn’t that old, with its mainstream origins in 2011.

First, for the history: In the 80s and early 90s when snapback hats had arrived in mainstream fashion for the first time, a snakeskin hat was a very rare sight indeed. Your best chance of spotting one would be in Chicago, where the “buck fifty” trend began.

Buck fifties were the first kind of snakeskin baseball caps.  They were named buck fifty simply because it would cost $150 to buy one. These were regular wool snapback hats – usually big teams like Bulls, Raiders and big brands like Starter & Sports Specialties – customized by hand with real python snakeskin. 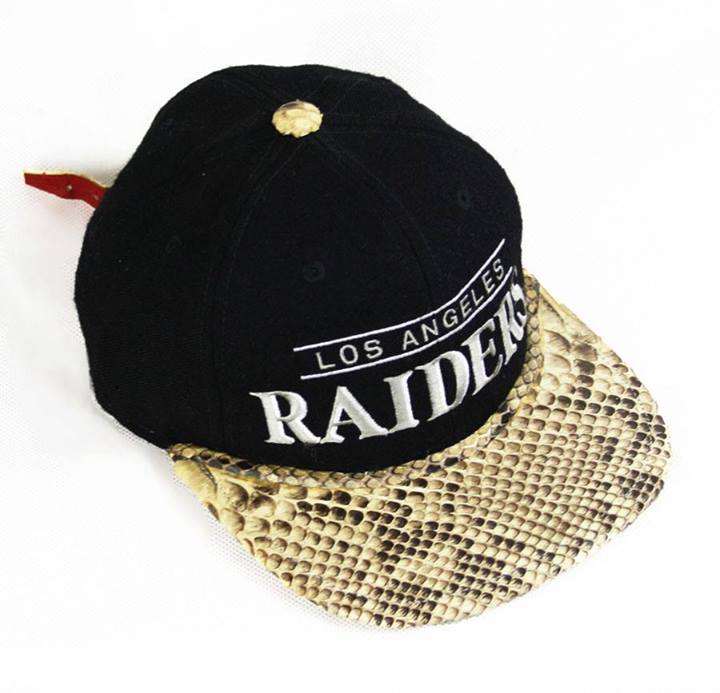 The snakeskin would be sewn or glued directly to the top of the brim, the snap would be replaced by a matching snakeskin strap, and the button was often redone too. The handiwork varied depending on who made the hat. Some hat makers were perfectionists, whereas others were a bit sloppy, leaving rough edges and glue marks. Because the brim wasn’t totally deconstructed, most hats featured a piping or a rope, where the brim meets the crown, to cover any rough edges.

Back then it was often drug dealers who would wear the hats because they were some of the only people on the streets who could afford them. Check out this example of an OG buck fifty hat courtesy of video of  ProfessorSnapp:

Buck fifty hats were always a tiny subculture of streetwear, but in 2011 snakeskin snapbacks exploded in to the mainstream. Don C, Kanye West’s manager was the man who made it happen, on the back of his hand crafted buck fifty hats that he made specially for his artist, and his pals like Big Sean and Jay-Z. Watch Don C making one of his early “Just Don” hats for Jay-Z 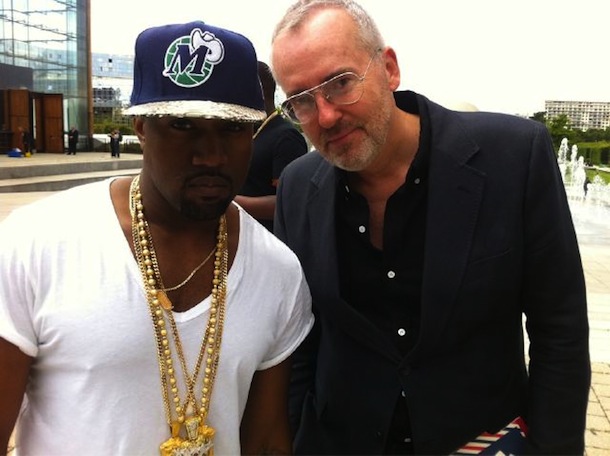 Don C started designing limited runs for RSVP gallery in Chicago. The hats retailed at $400, but they sold out in minutes because there was nowhere else to buy those kind of hats.

Most of Don C’s strapbacks are made using Indonesian python skin. The snakes are skinned and their hides are sent to a tannery for treatment, in a similar way to how leather is treated. The snakeskin can be dyed to any color, so the skin can match any hat colorway.

The rise in popularity of real snakeskin hats has obviously not been favorable with animal rights activists who take issue with the killing of the animals for their skins.  It has been suggested that some of the snakes are skinned alive in the wild and left to die slowly and painfully.  Regardless, demand never stopped growing for snakeskin snapbacks and soon enough other individuals and companies were making their own real snakeskin hats.  Just about every hat manufacturer then began to make hats from faux snakeskin.

From a design point of view, the problem with Don C’s “Just Don” strapbacks is that they are not faithful to the original hats. His hats are usually made using Mitchell & Ness snapbacks,  with their extra tall profile and long, blunt end brims.  There are however, places where you can buy recently made buck fifty hats made using OG vintage snapbacks.

But most people don’t want to drop $200 notes on a hat made from a dead wild python, so what makes a good snakeskin strapback today?

First off you have to pick the right shape. The brim has to be flat, not circular like a New Era fitted. Secondly you have to find a snakeskin brim that looks authentic, and matches the body of the hat. A lot of cheap snakeskin hats use prints that are overly stylized and are shiny, with unrealistic texturing. Check our leather snakeskin strapback for an example of a faux snakeskin put to work. 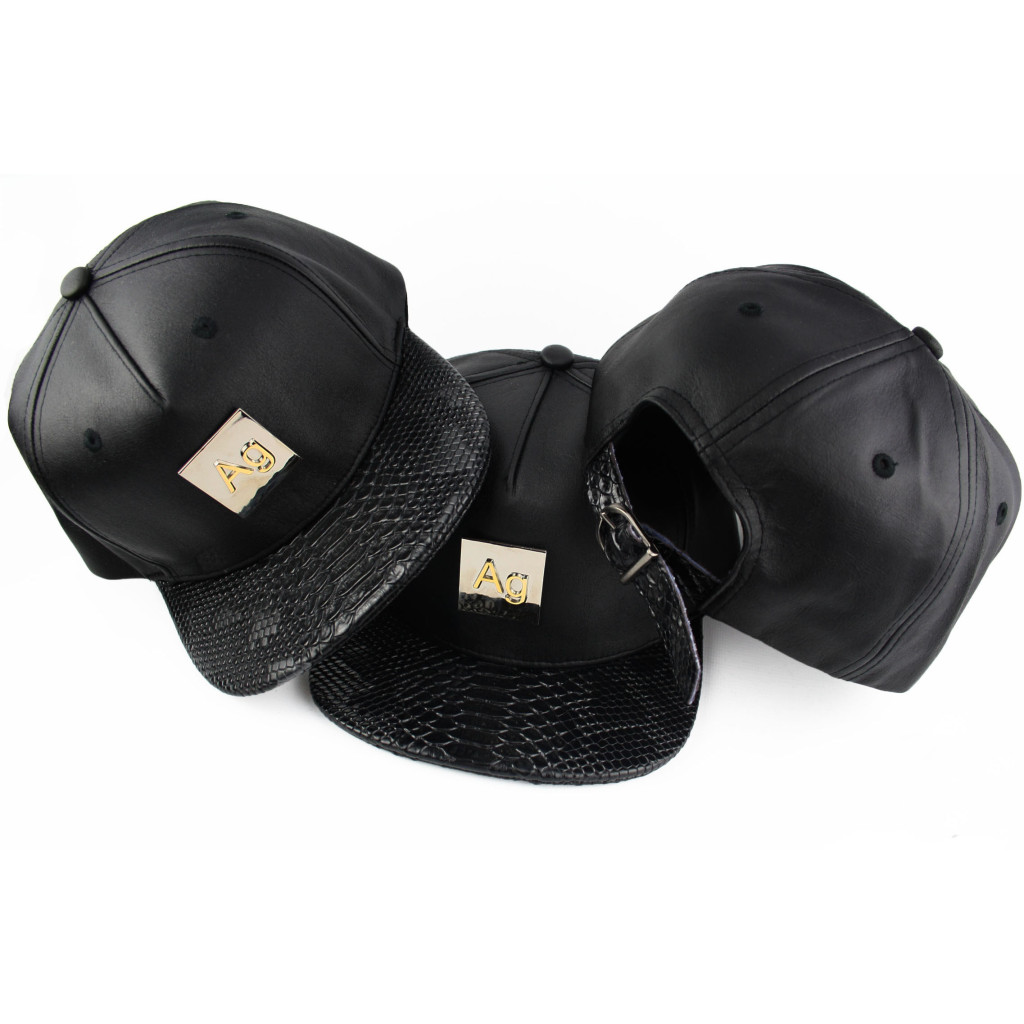 This is a faux snakeskin hat with a brim that compliments the hat body. The snakeskin is textured, thick and the belly runs right down the middle. Here’s an example of the snakeskin in another color. Check out how realistic the texturing is. 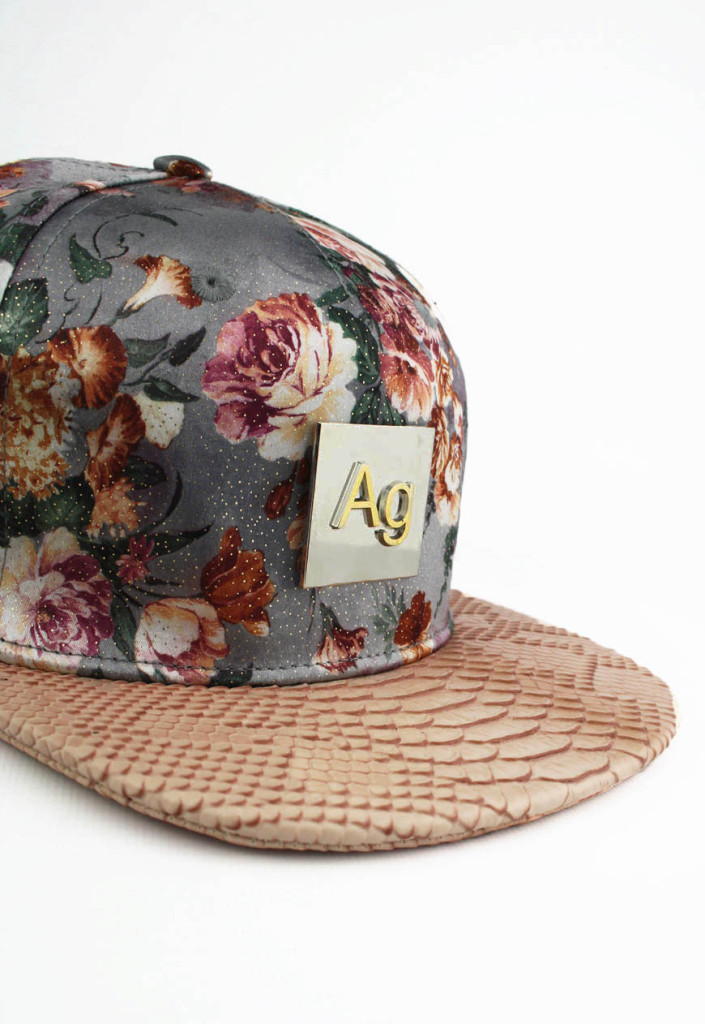