Fashion always runs in cycles. Fall 2013 saw the relaunch of Starter’s first ever – and most iconic – product, the Starter Jacket.  The jackets, which helped launch Starter from a fledgling sportswear company in the late 70s, to a huge multinational brand, began to appear on the shelves of Foot Locker. Pictured below 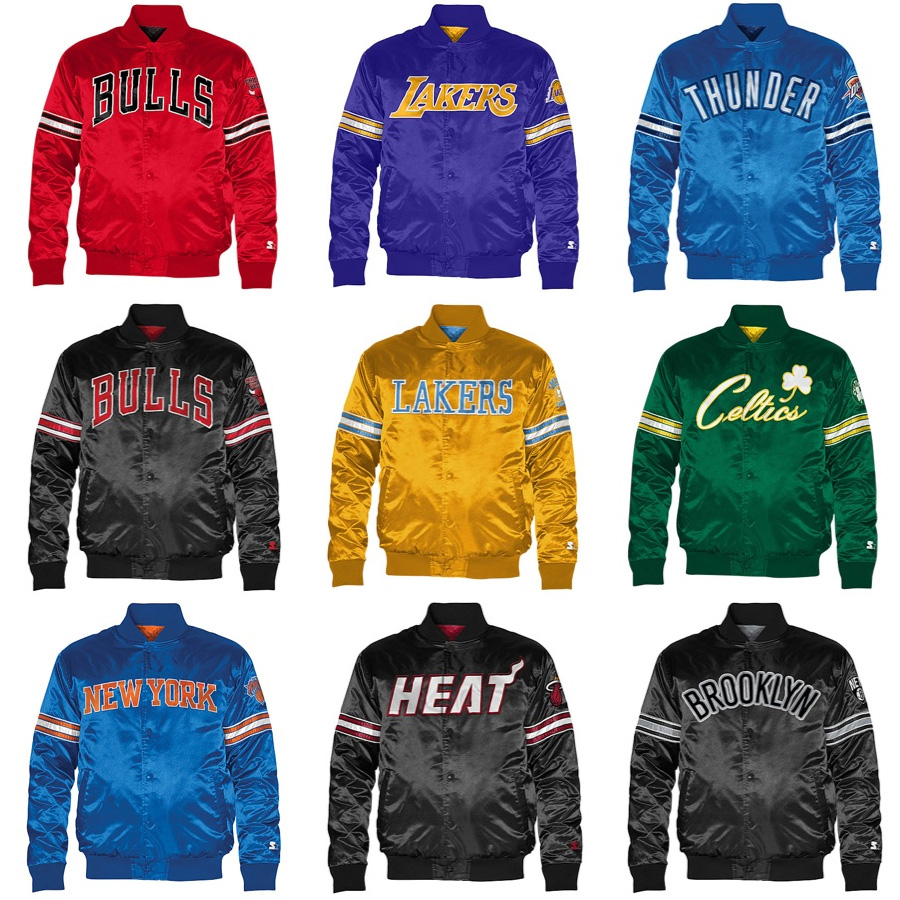 Spec-wise the jackets are a perfect replica of the original jacket, the same thick satin exterior and same cut as the originals. However they do seem a little confused, mixing old team logos with new ones, and some of the new teams like the Ravens above, just don’t look quite right.  I think its the modern font on the team name.

The problem with Starter today is that it doesn’t pack the same credo as in its height, in the 80s and 90s. Back then Starter was the key player in launching a multi-billion dollar industry. Pre-starter, in the 70s there wasn’t such thing as fashionable fan apparel.  Then it came along with ground-breaking products like its jackets, jerseys and hats and suddenly sportswear was the thing to be seen wearing.

Recognizing that a lot of kids would wear their hats backwards, Starter innovated by putting their logo on the rear-centre of the cap, so that the company logo took center stage. The Starter logo became synonymous with the sports cap, as Starter encouraged its patrons to “look for the star.”  Starter owned a good part of the sports apparel industry for the best part of two decades.

But towards the end of the 90s Starter began to fade, and as licensing rights became more and more expensive and geared towards deals of exclusivity, Starter founds it more difficult to compete with the bigger brands like Nike and Adidas who had millions in cash reserves from dominating other markets like footwear.  Starter begun to realise it could make more money in its athletic wear than in its waning licensed sports lines, so the company invested its efforts into selling socks and budget t shirts to wall mart.  Into the 21st century, Starter had become a different entity all together, and the street cred it once carried was lost.

But fast forward another decade or so and with the growth of 80s & 90s-style fashion, the credo and appeal of Starter became re-imagined. Nostalgic sports fans, remembering the golden years of the NBA with the Chicago Bulls dazzling the world over, began seeking the clothing they grew up wearing, and young fashion conscious youths saw 90s snapback hats as a welcome change from New Era fitted cap dominance.

Starter couldn’t believe their luck when they watched on as their brand became fashionable again, but had their hands tied because they couldn’t compete for the multimillion dollar licensing agreements and did not have the resources to turn their sock company into a multi faceted apparel business.

So within their limited means, Starter teamed up with Refuel Brand in Europe in 2010, to launch the Starter Black Label. This saw the company remake hats with the Starter logo on, but for streetwear and fashion brands, musicians and more.  But the hats weren’t even faithful to the original shape. Some featured raised embroidery and round brims with stickers on that were more reminiscent of New Era fitted caps. 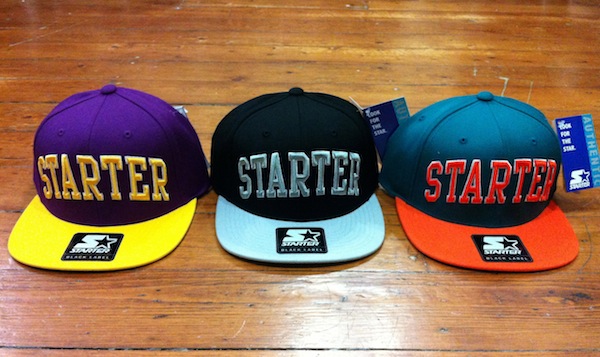 And the company would seemingly approve any design- some of their hats even copied vintage styles from other 90s brands like The Game, Drew Pearson and Sports Specialties. It just didn’t sit right at all. Below: Starter make Drew Pearson snapbacks for Supra 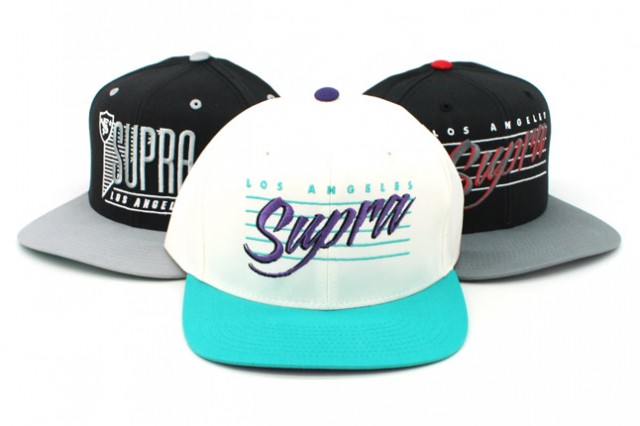 Which leads us back to 2013 and  Starter’s biggest attempt to reclaim their place in the licensed sportswear market.  Spearheaded by spokesperson and Dallas Cowboys player Tony Romo, Starter collaborated with Footlocker to remake the Starter jackets. The jackets releases were staggered with limited quantities, and the jackets were fairly well received.

But Starter moved too slow and its bid to revive the Starter jacket was probably 5 years too late. Repro Starter jackets could have blown up if they coincided with the beginning of the trend towards vintage sportswear, but instead they come out after the movement has already been in motion for years. Other companies had already released jackets like the Starter jacket and fans of vintage styles were already looking to other styles like the coach jacket.

Really the Starter jacket relaunch was a move by a misty-eyed Wall Mart supplier trying to relive its glory days, and its sad that Starter couldn’t have played a bigger part in the revival of 90s culture. But Starter is a 80s-90s company and that’s what made it great.  It helped define the era in sports culture and it was the leader in fashion and not a follower.