When most people think of color-blocking they think of its peak – the 80s and 90s – with its over-sized fits and bolder-is-better colors.  But the style was actually conceived back in the 1940s. In fact many think they can pin-point the exact time and place of its genesis – the 1946 debut collection from YSL. This Autumn/Winter fashion show was inspired by the art of Piet Mondrian, an influential pioneer of abstract paintings. Mondrian created pieces in the early 1900s that were dominated by geometric blocks of bold primary colors. His complimentary arrangements with their high contrast color block patterns were certainly eye catching but in the 1940s, color blocking remained only a high fashion concept and did not permeate into mainstream fashion. 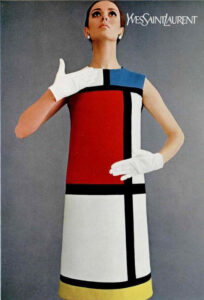 It was only into the 1960s that the color block style became a force to be reckoned with in fashion. The 60s was a time for revolution and liberation from societal norms and color block fashion was a great way for one to express their allegiance to this movement.  It was here that mod style was born and at the heart of this concept was the employment of bright color block patterns.

Color-blocking began to wane in the 70s as hippie fashion with its intricate prints and flowing fits began to dominate the landscape. But the trend re-emerged with gusto in the 80s in tandem with the rise of hip-hop, glam rock and disco music. Colors were cranked up another notch with the introduction of neon party-wear and new silhouettes began to emerge such as crop tops, boxy fits and over-sizing.  And it was here that saw the birth of the color block style’s most ubiquitous child – the color block hoodie! 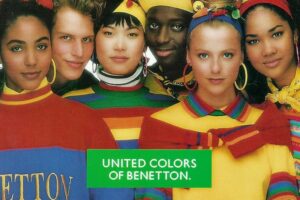 In creating our retro color block hoodies we studied everything history had to offer and that informed our creative process. We looked at the most complimentary colorways, the various kinds of textiles that were used and dissected a plethora of different fits.

We settled on a handful of key vintage colorways that we believe represent the color block style the most faithfully. In terms of the cut we adopted a modern streetwear fit that gives the wearer plenty of room and maneuverability. The hoodies are not over-sized but they are generous in size for western adult males.  And finally, they are thick! With a cotton/poly blend at 350GSM they are chunky with a soft fleece lining to keep you warm and comfortable. 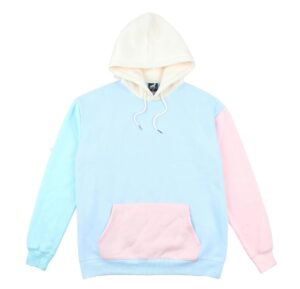 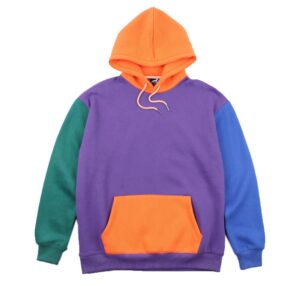 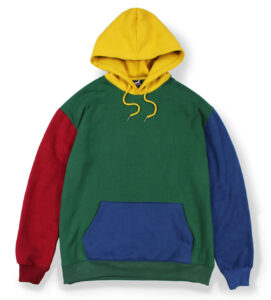 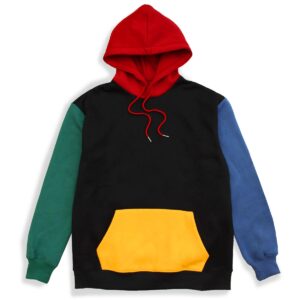 In short:
This a faithful 80s and 90s inspired retro hoodie
The cut is a modern streetwear fit that is generously sized but not over-sized.
The material is a 350GSM chunky cotton/poly blend with soft fleece interior.
Designed in the UK and produced in China